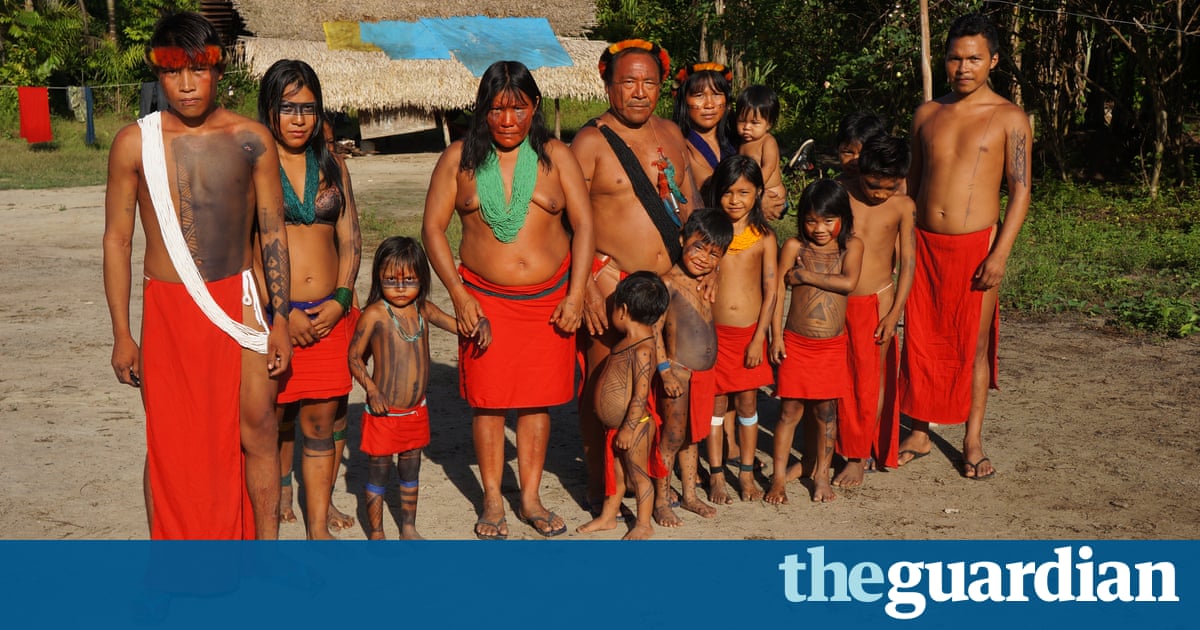 On 23 August it emerged that the president of Brazil, Michel Temer, had issued a decree abolishing the protected status of an immense area of the Amazon forest. The area is in the north of the country, beyond the Amazon river, going up to the frontiers with French Guiana and Suriname (formerly Dutch Guiana). The estimated size is 4.5 million hectares, the size of Denmark or Switzerland.

The decree was shocking, but not entirely unexpected. Temer is in political difficulties, facing corruption charges and needing political allies. There are more than 30 registered political parties in Brazil, and to get anything done in Congress they form bancadas (benches or coalitions). One of the most powerful is the bancada ruralista, consisting of powerful, wealthy agribusiness interests (mostly cattle and soya) together with those who represent mining and other extractive industries. And, making things gloomier, the evangelicals attach themselves to this bancada.

For years now the ruralistas have loudly condemned environmental laws that protect the Amazon forest. The national parks protect biodiversity and the reas indgenas (Indian reservations) protect the indigenous peoples. The ruralistas want rid of the lot. Specifically, they want to abolish Funai (the Indian Protection Service, a government department) and get rid of, as they put it, NGOs and anthropologists. Temer needs the support of this bancada and is seeing to their desires.

Temer made his move at the end of August, centring on Amap and the Jar river. Although it is on the Atlantic coast, the state of Amap is to many Brazilians as remote as you can get. There is no access by road, except one to the north into French Guiana, still not wholly paved. A mining enterprise called Icomi (Indstria e Comrcio de Minrios), a subsidiary of the US company Bethlehem Steel, began extracting manganese in a remote mine from the late 1940s onwards. Icomi pretty well owned Amap. In 1973 geologists from Icomi exploring westwards came across uncontacted Indians. They alerted Funai and a team arrived to establish what was known as an attraction front, finding out who these people were and getting them under some sort of control.

They had found the Wayap people, occupying territory that went westwards across a watershed into affluents of the Jar river. It was a kind of resurrection, as their presence in that area had been recorded historically. Their language is of the Tupi-Guaran family. They are excellent gardeners, hunters and fishers. When contact was made they were hunting with bows and arrows. Many shotguns were handed out as part of the attraction process. Today they are wholly dependent on guns and ammunition. Fishing with canoes is more important in the west, where waters flowing into the Jar are much richer in fish than the eastern waters that flow into the Atlantic. They practise slash-and-burn agriculture, felling trees and burning out the garden area. Bitter manioc is the staple crop along with a range of potato-like tubers. Bananas, pineapples, and various other fruits are grown. They wear scarlet loincloths and use two kinds of body paint uruc (arnotto), a red, sticky paste, and genipa, a black dye which is applied carefully and dries into patterns which cant be washed off. Women make manioc beer, called caxiri, and the social high point is the regular caxiri spree, sometimes accompanied by rather wonderful dances, sometimes just leading to what one might call the usual high spirits.

There was an urgency about this contact because the military dictatorship that took over Brazil (from 1964 to 1985) had embarked on a large programme of road building in the Amazon, the most famous being the Transamaznica running through the centre of the country. The Wayap were in the way of a planned road called the Northern Perimetral, which was to run along the Guiana frontier and all the way to Venezuela. The 1973 oil crisis wrecked the Brazilian economy and grandiose schemes had to be abandoned.

The Wayap had made sporadic contacts with outsiders before this. Some had wandered north and found a small Brazilian air force base near the Jar river. Those returning from there to their villages brought back devastating diseases dysentery and measles. Their land had also been invaded on occasions by gold prospectors both from the east side and from the west via the Jar. These contacts always resulted in epidemics, respiratory complaints being particularly serious. What might be a slight cold or a cough to us can be fatal to those with no immunity. When Funai began its operation in 1973 the situation was already precarious.

Funais record in its dealings with Brazils indigenous people is not good. Chronically underfunded, often poorly staffed, often failing in elementary procedures, careless, offhand, the organisation certainly deserves the criticisms it gets. But like so much else in Brazil, muddling through in some way or another does eventually get some sort of result. In this case its clear that had Funai not intervened, the Wayap would have faced extinction. There were 152 souls in the area in 1974. Now there are more than 1,000. Everyone has muddled through and theyve made it. And although health programmes may not be particularly good, they are significantly better than the healthcare available to poor Brazilians.

Protecting the health of the Indians goes along with the other priority protecting their land. During the 1970s and 80s gold prospectors continued to enter Wayap territory. Confrontations sometimes became violent. There was an urgent need to get the land demarcated and recognised with legal protection. Largely through the relentless and indefatigable efforts of an NGO based in So Paulo, the Wayap reserve was legally secured by 1996. The estimated area is about 600,000 hectares.

Muita terra, pouco ndio (much land, few Indians) is the grumble you hear on the streets of local towns from frustrated prospectors. But its not just Indian land thats involved in the crisis. For a number of years organisations at all levels, municipal, state, and national, have shown remarkable initiative in creating (with legal protection, it should be emphasised) a network of conservation units under various headings: national parks, areas of ambiental protection, biological reserves, sustainable development reserves, and so on. These now form a continuous block from the Guiana frontier southwards, enveloping the reservations of the Wayap and the Wayana-Apalai further to the west, giving these two reserves extra protection.

But Temer discovered Renca. This is the Reserva Nacional de Cobre e Associados (National Copper Reserve), established in 1984 by the military dictatorship, not to protect the environment, but to secure possession of minerals in the area and make sure that the government could control their extraction. This is the targeted area that Temer wants to open. It includes eight conservation units and the two Indian reserves (Wayap and Wayana-Apalai).

A federal judge, Rolando Valcir Spanholo, has blocked Temers decision pending consultation by Congress. This cannot be more than a holding move.