The west is gripped by Venezuelas problems. Why does it ignore Brazils? | Julia Blunck 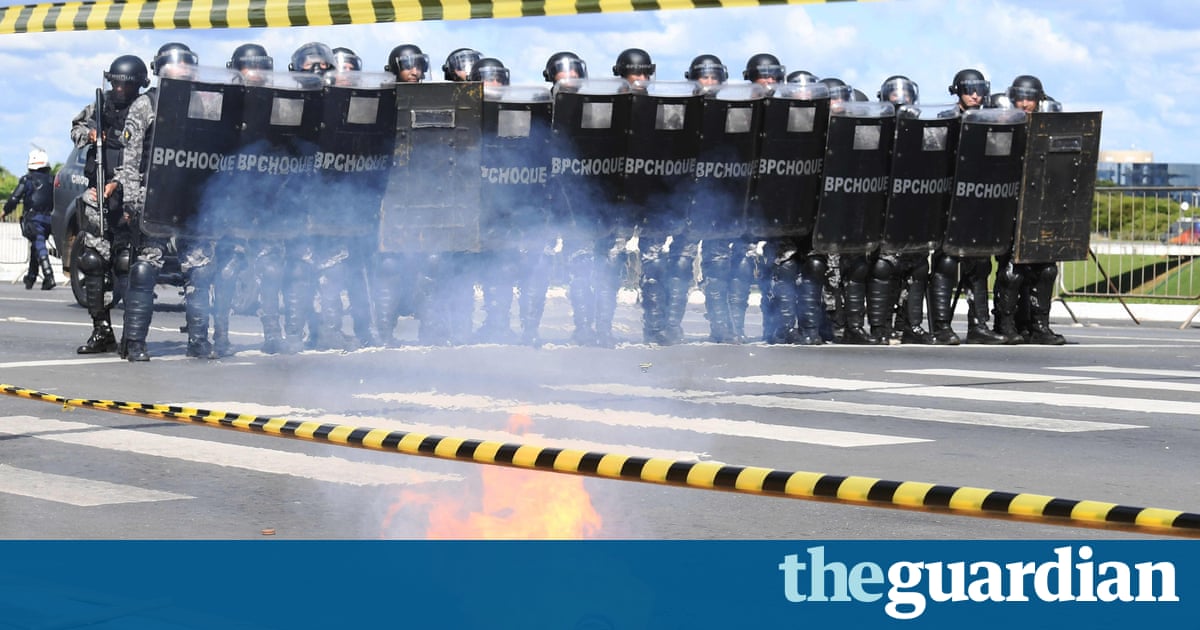 Venezuela is the question on everyones lips. Rather, Venezuela is the question on reporters lips whenever they see Jeremy Corbyn: will he condemn the president, Nicols Maduro? What is his position on Venezuela, and how does it affect his plans for Britain? The actual problems of Venezuela a complex country with a long history that does not start with the previous president Hugo Chvez and certainly not with Jeremy Corbyn are largely ignored or pushed aside. This is nothing new: most of the time, Latin Americas debates are seen through western lenses.

Of course, the situation in Venezuela is deplorable and worrying. But its easy to see that concern about Maduros undemocratic abuses dont necessarily come from actual concern for the welfare of Venezuelan people.

Nearby neighbour Brazil has not been analysed or debated at length, even as it demonstrates similar problems. The countrys president, Michel Temer, recently escaped measures that would see him put to trial in the supreme court by getting congress to vote them down. The case against Temer was not a flimsy or partisan one: there was a mountain of evidence, including recordings of him openly debating kickbacks with corrupt businessman Joesley Batista. That a president put into power under circumstances that could be, at best, described as dodgy, manages to remain in power by buying favours from Congress, even as he passes the harshest austerity measures in the world should be enough to raise a few eyebrows internationally. But that has not happened, and Brazil has carried on as most stories about Latin America do: unnoticed and uncommented on.

Part of this discrepancy is of course the bias toward what is flashy. Stories about sordid Congress deals are not that interesting to foreign audiences, and even many exhausted and demoralised Brazilians felt this was simply another addition to a long list of humiliations that began in 2015 when the economy started to sink.

Meanwhile, Venezuela has human conflict, the thing that produces exciting photography and think-pieces, sparks debate and crucially, draws clicks. Theres only so much attention to be gained talking about Temers undermining of democracy as it happens without noise, through chicanery and articulation by Brazils traditional power: the Bible, beef and bullets caucuses in Congress. Venezuelas situation, however, is urgent, with tanks on the streets and opposition arrests.

Yet there is a subtext to why Brazils democracy is not as interesting, and why even Temers introduction of the military on to Rio de Janeiros streets to address a crime wave has prompted little response. Temers rule is one of hard capitalism and an ever-shrinking state. He has established a ceiling on public spending, slashed workers rights, and imposed a hard reform of retirement age.

Temers rise to power came as it became clear to big business that his predecessor, Dilma Rousseff, would not go far with austerity. They financed and stimulated protests largely by rightly angry middle-class Brazilians at what they saw as widespread corruption while Congress blocked Rousseffs bills or sabotaged her agenda in other ways.

While Temer did not seize power through a violent coup, and the alliance between Rousseffs Workers party and his notoriously dishonest and chronically double-crossing party was a largely self-inflicted wound, it bears remembering that Rousseff was ousted on a technicality so that Temer could solve the economys woes by making difficult decisions, a platform for which he had no electoral mandate.

And yet the economy continues to sink, as the unemployment rate soars to 13%. That narrative isnt very convenient, though, and nobody is interested in making Brazil the representative case of how capitalism is an undemocratic system doomed to fail. And that is quite right: capitalism cannot be exclusively defined by Brazilian failures. The same should be true of socialism in Venezuela.

Somehow, though, the conversation about Venezuela is actually a conversation about something else. Latin American suffering is being played out as a proxy for debates in the UK. As the rightwing media claim, Jeremy Corbyn might not care very much about the thousands going hungry by Maduros hand maybe he too thinks it is simply a consequence of American meddling but its hard to believe that the British right is sincerely committed to the regions stability and democracy. There has been very little said about Temer.

The failures of Temer do not, and should not be used to, excuse Maduros. Nor should we equate the two men in brutality. Yet, if you live in Brazil where public servants are teargassed for not being paid for five months, where indigenous rights activists and others are killed by rich farmers in unprecedented numbers, where several states declare bankruptcy because of a crash in oil prices, where the army is called upon to tackle protesters, you may wonder when your situation will be worth debating.

The answer is whenever it becomes politically convenient. In the end, British commentators and politicians on both the left and right arent just opportunistic when it comes to Latin American suffering, they are glad when it happens: it proves their point, whatever that may be. Our lives are just a detail.

Julia Blunck is a Brazilian writer and translator